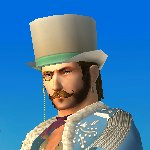 There is so much I should hope I can contribute similar to my previous input that I made for "Allakhazam's EQ2 Wiki".

I've added this page to my Watched, but I am unsure if that will also mean that I recieve an email alert - if not, please consider adding it to your Watch script.

I noticed you were trying to rearrange a page alphabetically. You don't need to move the page for that, you can simply add {{DEFAULTSORT:key}} to the page. It will put it under the specified key in all categories.

You also moved the 'Yard Armor mission, are you sure it was necessary? In my old screenshots it is displayed with the apostrophe, and the only place that doesn't use the apostrophe is the title that you get from the mission.

I don't remember which page that was, but I don't think I was specifically attempting to force any sorting rather than perhaps ordering based on sequential previous / next progression such as ongoing Somerset updates.

I was a tad premature on 'Yard Armor.

Since you mentioned it, I double checked my own Missions.xls spreadsheet which I have from Misha's distribution. Indeed there is a leading apostrophe in the title. When I initial came across it updating Outnumbered and Outgunned, the template showed No "|Next =" and yet 'YA was referenced. Clicked on it and thought "that's the reason it looks funny". More a WordSmith/Editor's reaction to seeing the left side and no end apostrophe, thus believing it was more a 'Fat Finger' than ingame mission name.
ClericTaven 18:35, April 8, 2012 (UTC)

I think you wanted to sort the Society:"D'Haran Empire" under letter D, because it was listed under a quote instead. So here's an easier way to do it :) --

Morning! I added you to the Administrators group...thanks so much for your numerous and fantastic additions to the wiki. Between you and IceCreamKitten this wiki is really becoming a fantastic resource.

Thanks, I enjoy sailing on the Test Server much more than "live".

Hi, I noticed some new colors on the wiki, and was wondering whether you were trying out the Theme Designer today? It was either one of the admins, or is some kind of bug.

Wasn't me - although, I had made a passing attempt to setup a basic Treasure Aisle page and then later added it as a Category:, but don't think it worked quite as expected. I figured adding additional TA details to be sub pages as I added them, ie Treasure Maps.

I noticed that you keep adding the word "Doubloons" to the mission infoboxes. If you want it to be there, we can simply add it to the template so that it gets added automatically. The purpose of templates is to avoid typing the same stuff on every article. You enter a number, and everything else is added by the template.

That would be fantastic IK. Much like entering Experience with just the #, showing only the

stack looked sparse to me. Initially, similar to updating Version, it was a cookie crumb which I'd left behind to show when I had made some Minor Update on that particular Mission page. --ClericTaven

I replaced the doubloons picture, it seems redundant to have both icon and text for it. The missions with two Doubloons words should appear in this category once the cache gets updated.
--

Actually I did kind of like seeing the coins icon, it was just the lack of wording which followed afterwards. --ClericTaven

Great :) I guess I can add the icon back. Which of these look better?
--

Hey Taven, it looks like we have (had) a malicious editor on the site today. He threw a line into PvP saying the game was "gay" and gave "fake viruses" I rolled back the edit, but we should keep an eye out for this guy. He didn't register so we'll just have to check the page. I try to check out activity several times a day, think I caught it shortly after he posted.

Seems to be just you and I these days, the last update by Wiki was more than IcK could take and he said he'd had enough. Hopefully he'll come back,

Very well - also Thank You for the Praise reply over on the FLS Forums.

I also noticed you are in Denver, what are the chances the 2 active Admins on this game wiki with players from all over the world both live in Denver?

perhaps you can address his question about adding a new ship stat, I've looked over the new templates IK created, and I do not feel comfortable messing around with them. --McCullogh (Talk) Adoptive parent of PotBS Wiki 22:09, December 28, 2012 (UTC)

Hello this wiki was an excellent tool for POTBS before the patches so im happy to give a helping hand in bringing it back up to date so we can all benefit from it again :). I was wondering if there was a specific layout for the ship recipes cause i noticed at least 2 different models. The blueish background one that i've been editing and using all along and another one. Also I would like to update the ship info pages but under the Ship Stats there is new entry Combat Level before the Capacity and also can't find out what OS Speed and Polars are for the ships.

If you want to create a new recipe you can go to the Community tab near the top and click on Templates. If you are just editing an existing recipe then you just edit that one.

Unfortunately to add a new stat to the ship, you have to go into each ship and add that in. Changing the template is a bit more complicated than I am willing to take on. I'll copy you message to ClericTaven and see if he thinks its workable..

Hey Cleric, hope life's treating you well. I got the following message on my talk page.

Hello good sir! I'm an editor and Bureaucrat on the PotBS Fanon Wiki, and I was wondering if you would allow me to create one blog advertising it so that we may receive more editors we completely understand if you don't allow us to, and will be extremely happy if you do allow us to. In the case you do allow us to advertise our wiki, then I would like to propose an affiliation between our two wikis. If you do not allow us to create a blog, well there's an obvious reason why we wouldn't have an affiliation :P Anyway thank you for your time and please excuse my rambling. Here is a link to the wiki if you wish to check it out
http://potbsfanon.wikia.com/wiki/Special:WikiActivity

I replied that he already had access to create a blog from his talk page.

We had someone make some malicious gay-hating posts to Spain and San Juan overnight. I rolled them back but will keep an eye on the site.

Hey there ClericTaven, my name is Doug and I'm a member of Wikia's Community Development Team! Wikia is creating an exciting Key Moments of MMO History video that will showcase several amazing games of the genre. We're looking for admins of MMO wikis who would be interested in submitting a short vocal narration about their game of choice.

We want to ask you the question What is the most important moment in Pirates of the Burning Seas' History?

If you're interested, please record an MP3 voice narration of your answer, a few sentences to a small paragraph is fine. If you have no recording software and are still interested, we can schedule a Skype call to record! Please send the finished recording to doug@wikia-inc.com and you'll be featured in the video to represent your community! Thank you and have a good one! TheBlueRogue •(profile)•(talk)•(doug@wikia-inc.com) 20:48, April 19, 2014 (UTC)

Hi, i have few time to help, but i like to have the ships stats updated as good as possible, already started with the ones i use and noticed that were wrong.

Most of the cannons accuracy are bad, as the range of them, including the swivels.

The repeatable tag is there only for missions that are always available for farming (like Red Tide), not seasonal events. Even assuming that A Penny to Bury the Wren can be repeated by the same character, which I'm not sure is possible, grouping that with actual repeatable missions is not helpful to players that want those. You could add a tab for seasonal missions, that would be more useful (although it will need to be made manually unlike the rest of the tabs). --

I knew that when I went through the entire Christmas content. Since each year, when the "Wren" is available, there is a Holiday Title that corresponds for completion, so Yes, it is possible to do again with the same Captain. In fact, given cloning and collection, having multiple Creche to simply do the exchange without having to repeat the Caroling mission. ClericTaven (talk) 19:05, December 16, 2014 (UTC)

Hello, sorry to trouble you, but a lot of my friends have been stuck on where to find the location of the Claiming What's Yours Treasure Map mission.
Do you remember where the location is or does is spawn randomly?

Thank you, my good man! This mission has been bothering me and my mates for three weeks now. You have ended our troubles. Fairwinds! Johnny Goldtimbers 11:39, December 29, 2014 (UTC)

That's an item filter just like the one on the missions page.

I think it got broken a while ago by something wikia did on their end, but the error may also be caused by incorrect syntax in one of the item pages. Or maybe the whole thing just needs to be rewritten with a more efficient structure. --

When I open the downloader a message says downloading package skins appears and nothing happened.

I leave it the whole night and nothing happened any help?

Retrieved from "https://potbs.fandom.com/wiki/User_talk:ClericTaven?oldid=57043"
Community content is available under CC-BY-SA unless otherwise noted.