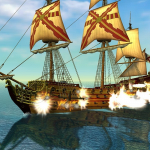 1,012 Edits since joining this wiki
April 18, 2017
Add Image
I am a great fan of Caribbean games during the 18th century, such as Pirates of Burning Sea (PotBS).

PotBS is a completely free to play (F2P) game. To download PotBS go to: https://play.burningsea.com/. For the official forums go to http://forums.burningsea.com/

I play Pirates of the Burning Sea since 2009, therefore I have become a veteran. In game I am known as Captain Vuur. I am playing on the server Roberts as Spain, for the society Spanish Navy.

Pirates of the Burning Sea is an award-winning massively multiplayer swashbuckling game set in the Caribbean during the 18th century. It was released on January 22, 2008. For gameplay reviews, check out my channel.

Do NOT hesitate to contact me in-game, on the forums, on PotBS Wikia or send a message on Youtube. I would be happy to assist you if I can.

Retrieved from "https://potbs.fandom.com/wiki/User:Captain_Vuur?oldid=58845"
Community content is available under CC-BY-SA unless otherwise noted.