This quest begins immediately after clicking the "Play" button at the end of character creation.

Your ship is under attack and you can hear cannon fire and the sounds of breaking wood. The first thing you need to do is move forward into the next room and talk to Benjamin Wickham. Once you've spoke with Benjamin turn around and approach the door, click on it to go to the deck of your ship.

On deck you will once again see our good friend Benjamin Wickham, talk to him and he will tell you that the ship has been boarded by Bilge Rats. The Bilge Rats are a group of pirates you will encounter many times so you might want to get used to seeing them. After you've spoken with Benjamin proceed down the stairs and begin killing the pirates, there are 5 of them you need to kill then return to aft deck where Benjamin Wickham will notify you of the death of your ships captain and ask you to take the helm. Congratulations, you are now the captain of your very own ship.

After clicking the wheel you will be brought to the ship battle scene where you must destroy 2 Bilge Rats ships. This is easily done and once they are dispatched you need to sail towards the other ship in the scene with you and click it. You will once again find yourself in a room with several people, one of whom is lying on the floor. The man on the floor is Lewis Herring, speak with him and he will tell you a sad tail indeed and tell you to take a map which is lying on the floor next to him. Click the map to pick it up, turn around and click the door to leave.

You will now be back on your own ship, click the exit scene button and you will find yourself transported to your starting city's docks. Talk to the man on the dock (he has a different name depending on what nation you're part of) who has a ? over his head to complete the tutorial. Congratulations, you are now level 2! 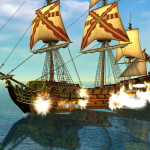 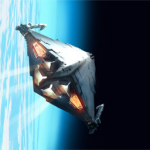