The Telltale League was created on December 13th. 20010 by Susanne Telltale.

The Telltale League is basically a Totalitarian Monarchy with a healthy balance of Democracy. The members vote on important things, whereas everything else (but not restricted to), is decided by the Queen and/or the Society Administration

The Telltale League originally started out as a small group of close friends from a different MMO, but changed quickly under supervision of Susanne Telltale.

There are four era's in the Telltale League. All ending with periods of inactivity.

Mid-December- Late January The current high point of the Telltale League. 45 Players were on several days. 500,000 Influence Points Generated almost daily. A Telltale Founder, Emperor Nicholas executed a coup through roleplay and started several weeks worth of hardcore roleplay which led to boredom and inactivity.

Late January- Early February Emperor Nicholas now as leader, things went on just as they had with Susanne. Influence was put to use.

Rokark Mistogun and Frea To Lea bullied Emperor Nicholas into quitting through slander and insults in nation chat.

In Late march, All of the society administration, besides Susanne Telltale, who were all under oath, betrayed the Telltale League and left claiming the new players were being taken advantage of. They were, but think of this: They either join a society or not, if not their points go to waste. Better it be for the points NOT to go to waste.

Susanne Telltale restores the Telltale League once again. Influence farming had continued until pressure from the Nation had became an issue.

Since then, it has always been the dedication of the Telltale League to aid the new players of Great Britain, Antigua and, at the same time, create an enviroment that is fun and enjoyable for all levels. If you want to join, just ask in Nation Chat. 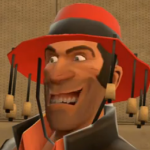