La Balanza del Mar is a german-speaking Society on the Antigua Server. You'll most likely encouter its Members in Havana, Campeche and Sisal. We have no strict structure, all members are allowed to sail, fight and produce as they see fit. It is recommended to take part in society activities and production, but not enforced.

La Balanza del Mar ("The Scales of the Sea") was created in Beta by Sventje Wiesmoor and Sophya DeCossa with a focus on Economy and PvE. Soon after pre-boarding some members left because lack of PvP activity. After transferring from the german Server Bonnet to Roberts and AoC hits the shelves more Members were lost, including both founders. Sancha Melendez took lead, Kai Windjammer and Ina Mondsegel (from the United Freetraders society which was disbanded) proved to be a driving force in both Economy and RvR things. After most Members hit lvl40+, interest in PvP rised. Today, La Balanza del Mar is still an small but active Society, participating in port battles, unrest grinding and open sea PvP. On 9th of August 2008 La Balanza del Mar started to transfer to the Antigua server. Sadly, not all members want to transfer so we're now split up on Roberts and Antigua. As most of us completed transfer, our "main force" is now on Antigua.

The Crest of the Society almost always show a Scales, an Anchor and a fighting Seahorse, symbols suitable to a society originally based around economy but with a strong will to defend its ports and ships.

In addition to Flags and Sails shown below some Members may still fly colors of their previous Society. 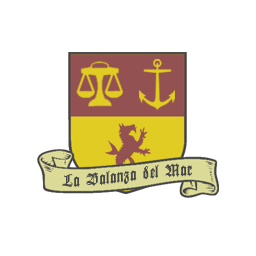 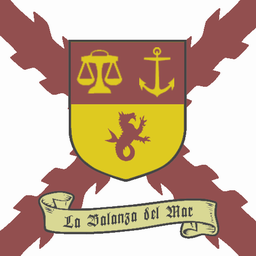