Odd loot drops from the Bloody Arms, the New Spain area Un Ladrón or the southern Guyana area Dead Redcoats pirate gangs, are sought by him.

His final mission, as I've been told, is to Collect and return Liquors from throughout the Caribbean from junk loot trades at the shops. His reward is several Rescue Barrels as seen at the end of the dock of the British Starter port, Jenny Bay. 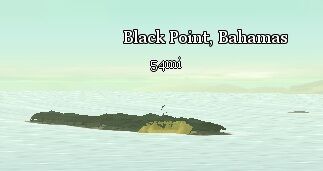 Community content is available under CC-BY-SA unless otherwise noted.
... more about "Sean Selitrennikoff"
RDF feed
Belongs to a faction
Pirates +
Is a
NPC +
Is located in
Black Point +
Advertisement