The Clerk's PvP Bounty is offered in the Starter Port, Capital City and mid-level transition ports which gives you a reward for sinking other Nation's Players!

As such, the PvP Bounty also offers Titles at the Prize Exchanger in your Capital, based upon just how many other players you have been able to sink.

My recommendation, save room in your J)ournal until you are at least level 40 before you consider challenging other players in the Crimson PvP circles. As often as you may see a bait or fast chaser ship (purple) just hanging out in the Red, most will have grouped friends able to come jump into the fray (ganking). FLS has done what they can to rebalance and set timers to prevent such overt behavior; although, it is far from perfect even with the most current 2.15.46.0 version. As often as they get it right, Veteran players /QQ about how OP (OverPowered) a particular Ship, Career or "exploit" of such updated changes can make things seem unfair to the hardcore players. Please don't take this mission lightly. It rewards the more aggressive players and many whom are far more experienced than yourself, no matter their level, ship or appearance. 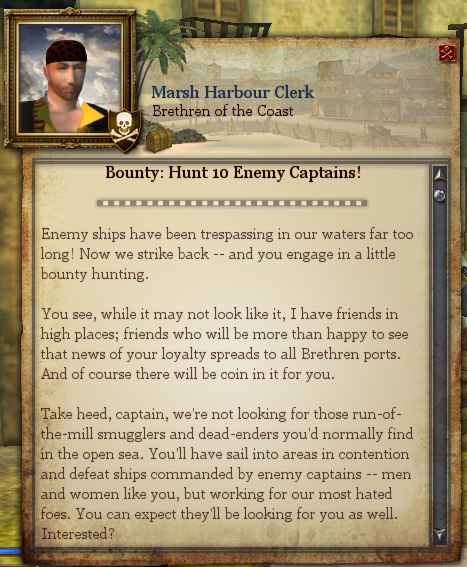